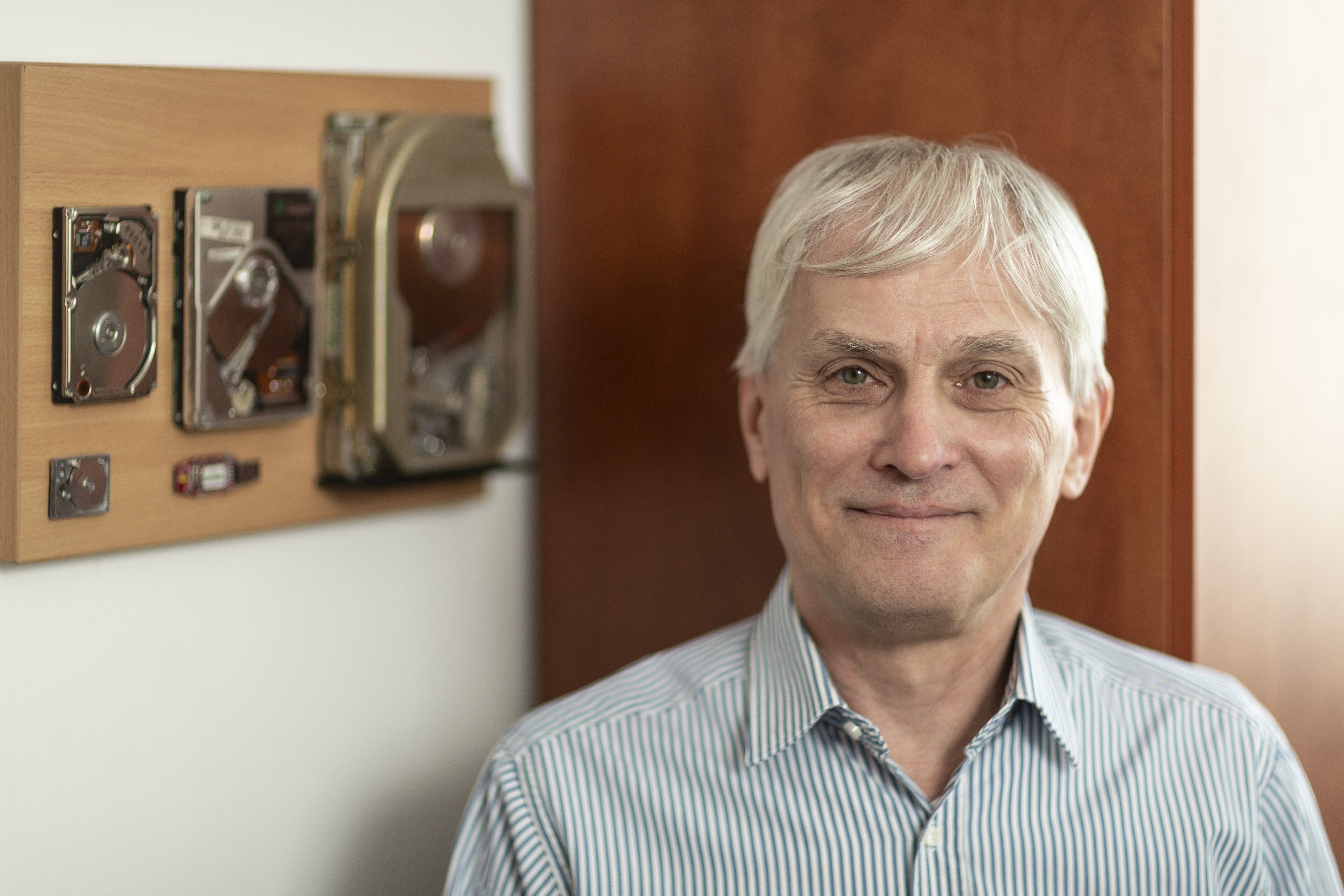 Educational activity
He has been teaching at the University (BME) for over 35 years. He has developed numerous subject, and curriculum programs has had more than 70 Master of Science degree and 8 Ph.D. student supervisorship and has played a leading role in the development of technical IT / engineering IT education programs.

Self-driving vehicles: the gravity of the current changes we are facing now can only be compared to the severity of the changes, which were brought about by the invention of the wheel.

The revolution of transportation is a lot closer than we think. The proliferation of self-driving vehicles is no longer a sci-fi fantasy, but the reality of the very near future, states dr. Gábor Magyar, head of the working group on data management.

-Articles on the self-driving vehicle are among the top stories on newsfeed: one crossed the US, the other caused an accident, and another one avoided an accident. What is the history of this technology, and what are the limits? Do we even know the limits? 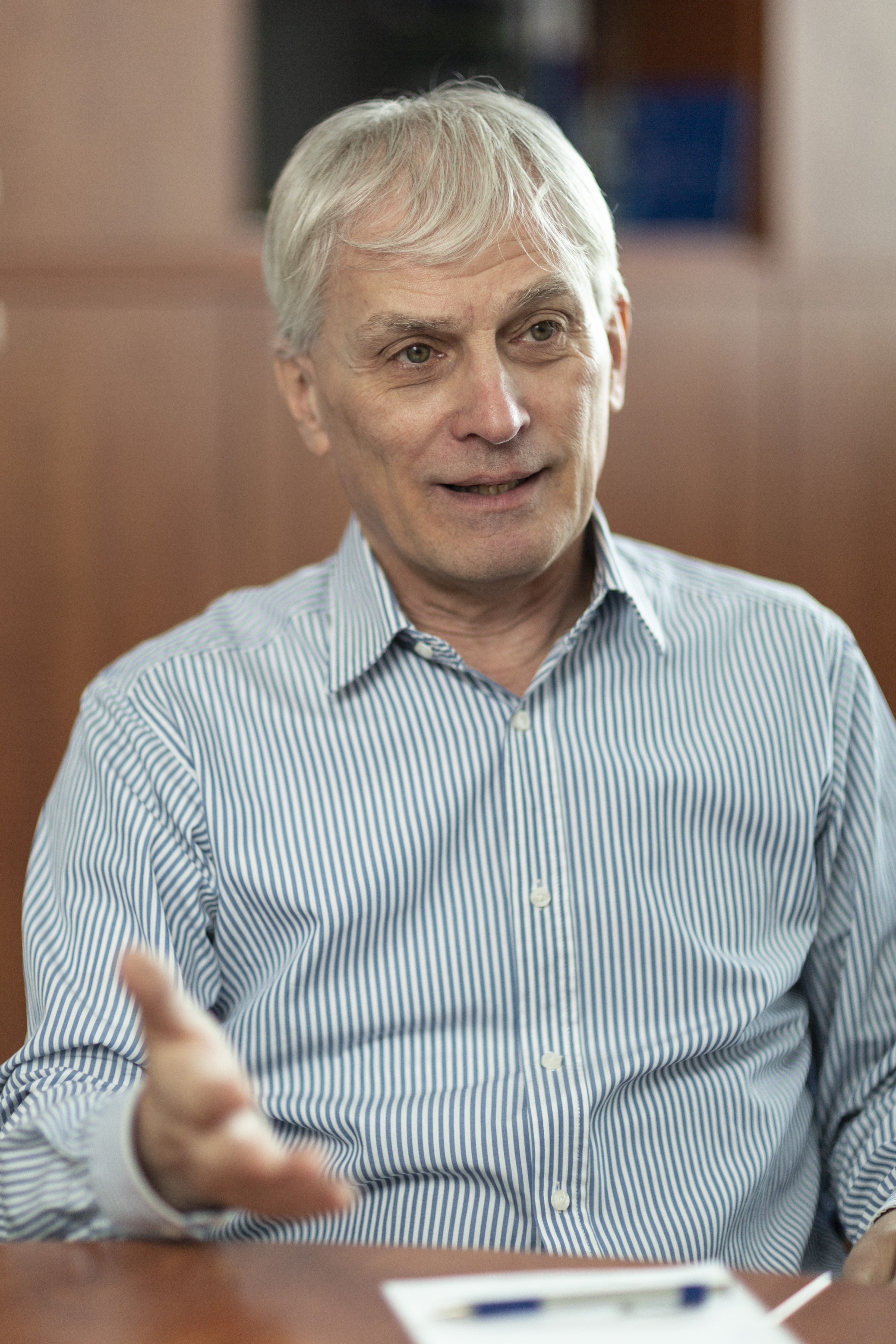 -Nowadays, even C-segment medium cars can be equipped with certain technological features that were unimaginable ten years ago: camera system, traffic-sign recognition, e.g., speed limit (the system does not allow the driver to exceed the speed limit of 80 km/h for instance). Such features like parking assistant or lane assist became standard features within a decade for a price; however, they are available for the masses. The intrinsic properties of these systems are arising from the fact that one way or another, they collect data. This has also been the case in the past; however, there is something new arising on the horizon. What are the limits of this system? We don’t know.

-Is it fair to say that a new technological revolution is just around the corner?

-I don’t want to be exaggerating but the changes, which will be generated by the current events, can have similar effects to those changes which were generated by the invention of the wheel. The effect will be far more reaching than just vehicle manufacturing. It will affect the entire transportation. I believe that the next decade will bring significant changes.

-How will these changes affect everyday life?

The change starts with the vehicle itself. According to the current regulations – with which I completely agree – before placing into circulation, the vehicle must pass an exam. However, it only covers that particular vehicle. Moreover, this examination lacks assessing how this vehicle will be able to perceive its environment or interact with other participants of traffic. It only examines the brakes, the wheels, the direction indicators, and the lights. This should be extended in the future because it will not be enough: we would like to achieve the mechanisation of the relations between the vehicle and its environment. That is exactly what this is all about. It practically means that the data, which has been collected by our human sensors (eyes, ears) would be collected by machines. Due to the availability of the technology, we already collect information regarding the location information of the vehicles. However, there are only limited situations when we use this information: like pre-crash system or parking assist.

–What is the current stage of development? What is our role in this?

-I consider it highly important that Hungary took the leading role, and launched the innovations. It is excellent that we have a significant role in the developments. However, what will be our exact role in all that is still unclear. Moreover, the automotive industry will certainly have unprecedented demands from the IT sector. It will be the role of the IT sector to serve the main objectives. The primary goal, brought to banking by the new technological solutions, was sound financial management. However, behind the result, there was the IT support. We will see similar tendencies in the automotive industry.

-What are the expectations?

-Comfort, safety, optimization. It can only be characterised as a paradigm shift from previous solutions. Comfort does not protect our lives. It makes us feel comfortable. However, the most important promise of the self-driving intelligent vehicles is primarily focusing on our safety. Significantly fewer accidents, including fatal ones. The actual results of optimization is still an unknown area; however, it is fascinating. In light of the data, there will be fewer traffic jams, and we can arrive at our destinations faster. By the ideal distribution of traffic, we do not have to build new highway lanes, but we will be able to better utilize already existing systems. We will be able to avoid traffic waves (when vehicles are moving slowly even though there was no accident or constructions on the road). Hence we will be able to eliminate gigantic traffic jams. The data itself and the forwarding of data will have a key role in this system. Many data are generated today. Let just take GPS technology into consideration, which became part of our everyday lives.

-How can we manage this massive dataset? Is there an already existing technology?

Reducing the amount of data is necessary. Certain compression techniques already exist. However, it is only part of the problem. Another part is properly organizing this data for having the necessary, secured information where and when it is required. There are mature technologies for that, but data management will have major challenges. Moving the data in and out of the vehicle will also be demanding and costly. The vehicle does not have to carry all the data; it would be expensive and insecure. We are dreaming of a large data-centre, within which the vehicles are connected by cloud technology. We are considering the use of more than one cloud computing solution. We plan on storing the majority of the data, leaving and entering the vehicle, outside of the vehicle in a built environment. This infrastructure will help in optimization and security.

-What are the primary objectives?

-The two most important issues are road safety and the protection of human lives. As a minimum requirement, the system must be able to operate even if the data system is off. It is absolutely out of the question that anybody’s life should depend on cloud data management. Neither a blackout nor anything else should negatively affect the perfect and safe operation.

-Which disciplines could help to achieve these goals or expectations?

-The technological progress tries to find solutions to certain issues with technical aspects. However, during the processing of these data, we must take care of privacy protection; therefore, it is more than just a technical issue but a human rights issue and also a matter of principle. However, in the case of mobile data collection, humanity already had to face similar problems, since all data of the users, from the location to the duration of the conversation, are being stored for years. I believe that humanity will be capable of managing this problem, namely, that not only the phones but also the vehicles will record, store, and forward the location and the driving speed. The majority of the road users realized that these data are useful; however, the same cannot be said about the importance of securing these data. Therefore, besides the relevance of traffic safety, avoiding the misuse of these data is equally important, since nobody wants to wake up in an Orwellian nightmare. It is a clear and present danger that the IT can be hacked; there is no such thing as total security. However, we have to minimise the danger of these intrusions. Nevertheless, in case such an incident would occur, we have to have a contingency plan ready, demanding the IT system to stop controlling the vehicle. We do not have to create unnecessary panic since we already entrusted our financial stability and our private life with large-scale IT systems. We accepted this; hence, we do not have to be afraid of the data generated by vehicle transport.

-What is the network requirement for ensuring data communication? Are the currently used cellular networks adequate enough?

-For processing large volumes of data, we need faster communication, and we need 5G. For a majority of services, the sole purpose of which is to enhance our comfort level, 5G is not required. Today’s technology is perfectly capable of supporting the use of cellular phones and navigation systems. However, this technology has limitations to support autonomous traffic systems. 5G promises larger capacity, and what’s more, in intelligent transportation extremely fast and reliable data transmission is essential. Densely populated areas and major transport routes tend to be covered first. The telco industry is facing major developments: the density of the cellular radio base stations shall be reduced from 1-2 kilometres to about 150 meters. Today each one of the three service providers has several thousand base stations; however, for 5G they need to have ten times more. The technical requirements are clear. However, the execution will be challenging.

-What is the role of AI in autonomous or self-driving technology? It seems that humanity is still a little bit worried about this technology.

-The system will use AI, but we are not quite there yet. AI was a product of science-fiction literature. By now, it became a reality. Machines can learn, respond to real-life problems: they manage regulations, handle planning and timing, they are capable of recognising different handwritings, speech, and differentiate faces. The AI is useful since it can manage the mechanisation and the automation of certain tasks, today can only be handled by humans. However, at this point, I would like to reassure everybody, who is worried that machines will take over their jobs, that we are not quite there yet. We only use this technology for creating the world of autonomous transportation, but the system will not be operated by it. It will not overwrite human decisions. This might be going to happen someday, but not yet. Currently, nobody on this planet is capable of testing the operation and the knowledge of the AI. We do not just lack the method but the theory itself.
-How do you test AI systems?

– The basic question is if AI would result in the expected output in all cases when you feed it with a clearly defined input? Or in a few cases in millions of tests leads to different results than expected? It is unacceptable that in an intersection, AI allows three cars entering at once by accident. However, there are already existing theories concerning how an AI could process all the data communicated by transponders and sensors.

-What is Hungary’s role in this knowledge-based environment? We will not be able to compete with Silicon Valley or China; however, we still might have a significant role?

-The IT sector of Hungary is very significant with the presents of numerous companies and professionals. International and Hungarian companies collaborate in major developments. The sector employs thousands of skilled IT people. The overall position of the Hungarian sector-specific intellectual capabilities is surprisingly good. A significant concentration has been established with an excellent reputation in the world, hence joining can be highly rewarding. In the Mobility Platform, we collaborate with Austrian and Slovenian partners. Moreover, we also have several IT-related collaborations with German partners. We are amid the intellectual mainstream, which is a courageous undertaking.