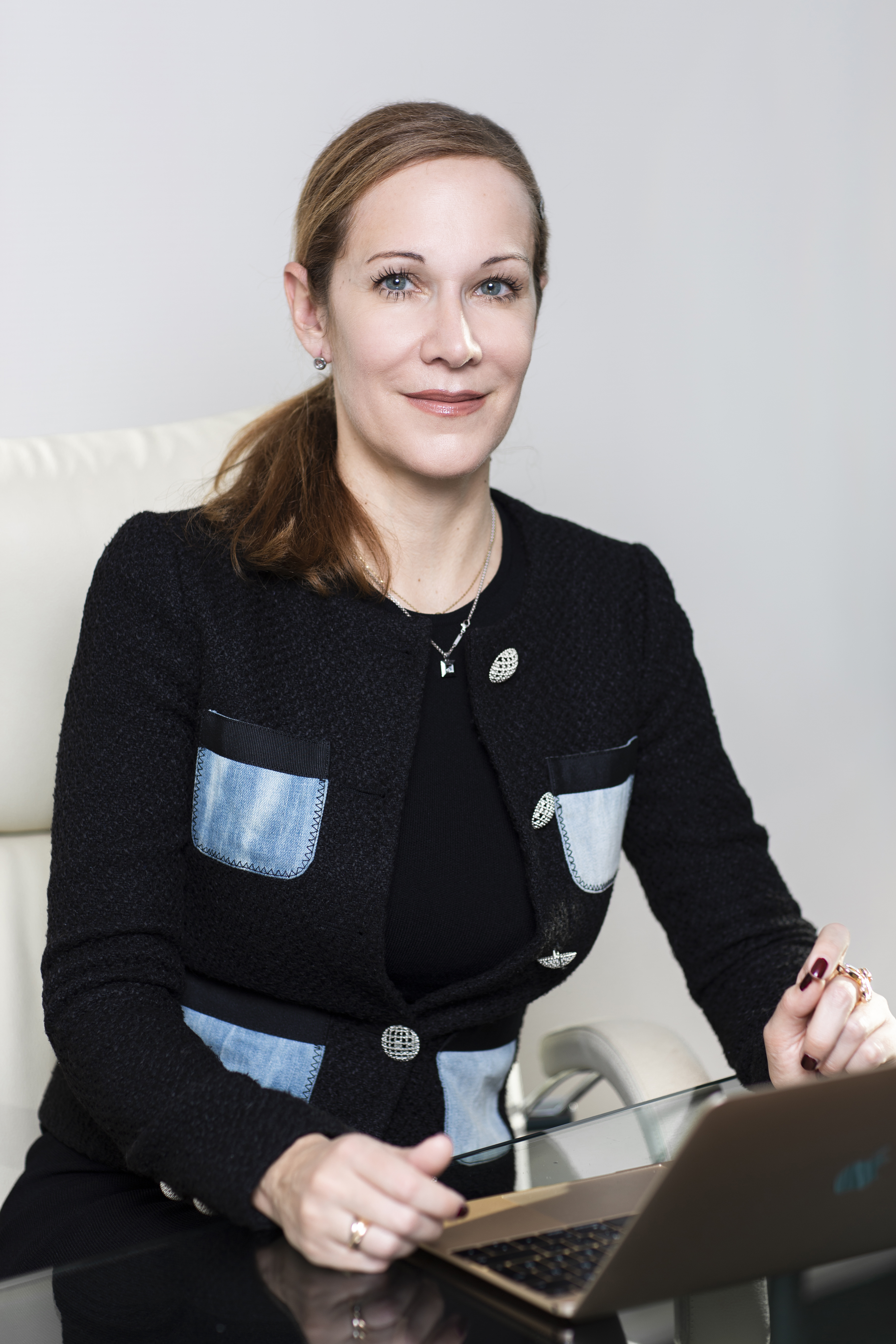 Her first word was “car.”

Dr. Alíz Dávid was born into a lawyer family, and she has been working as a lawyer ever since she graduated from ELTE, Faculty of Law.
Her areas of expertise are:
• economic law,
• real estate,
• establishment and acquisition of businesses,
• contract law,
• commercial transactions
In the Jedlik Ányos Klaszter, her involvement with electronic and highly automated vehicles was gradually increasing. However, she always had a thing for cars, and she even pointed out that “my first word was car.”
In 2015, she became the Executive Director of the Jedlik Ányos Cluster – JÁK Menedzsment Nonprofit Kft.
Her involvement in the Mobility Platform began with the proposal of dr. István Varga (dean of the faculty of Transportation Engineering and Vehicle Engineering of BME and the president of the Cluster). She firmly believes that the field of driverless vehicles can be fascinating for a lawyer, who is open to new challenges.

Who will have to go to jail if a driverless vehicle runs over somebody?

Creating the legal environment regarding the procedure for placing in circulation and the operation of the driverless vehicles is far from being a legal challenge. However, setting those rules along which man and machine can co-exist, is a different story. Can we create such rules and regulations, which can equally be interpreted by both man and machine? What rules and regulations have to be implemented during the transitional period, which can easily mean decades? – said Dr. Alíz Dávid lawyer, head of the working group on legislation of the Mobility Platform.

-Do you already have the answer to the question, “Who will have to go to jail if a driverless vehicle runs somebody over”? The IT operative, the manufacturer, or the operator of the vehicle? 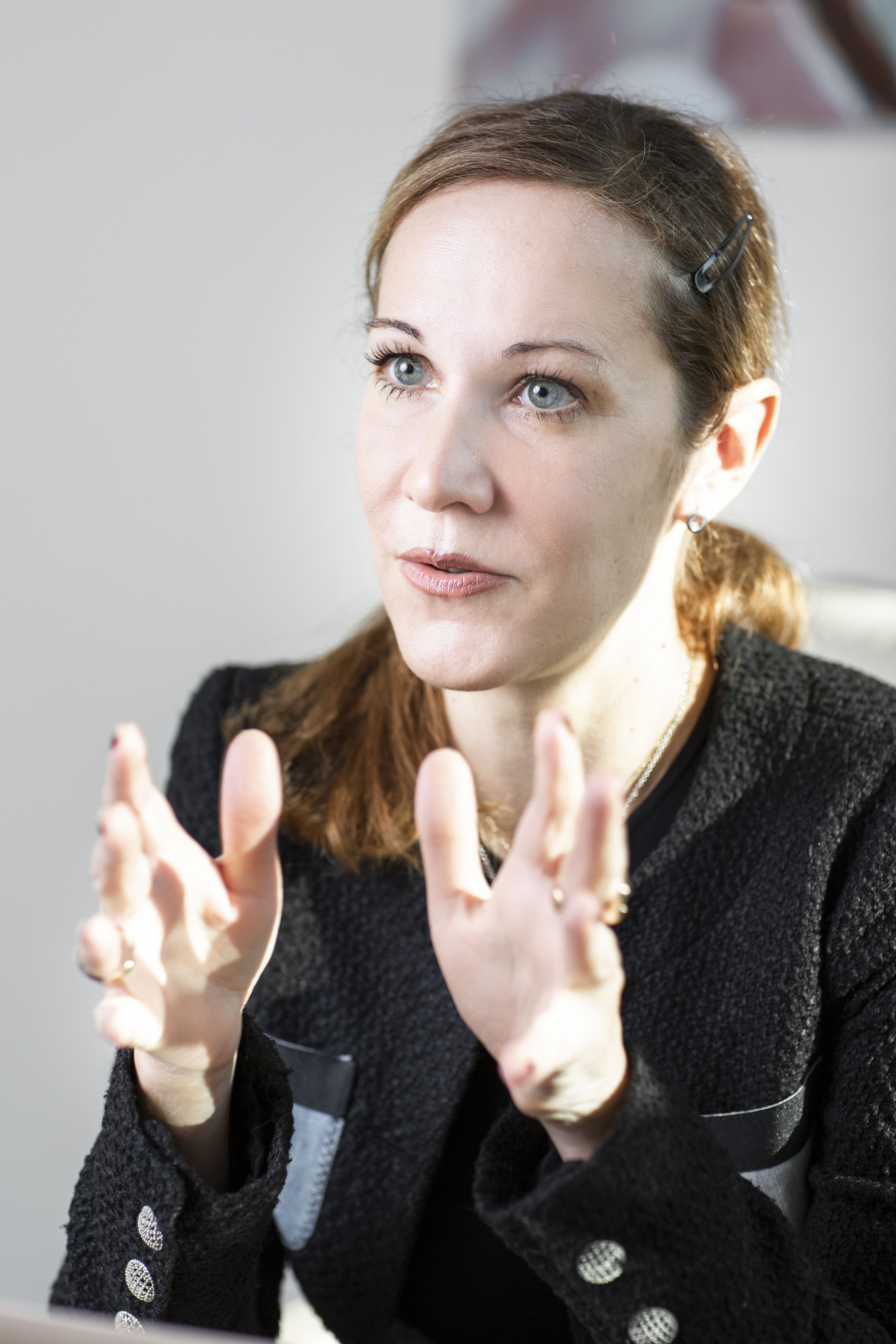 -I don’t know. For properly answering this question, first, we have to examine the level of driverless technology available in the vehicle, which caused the accident. The question of responsibility arises differently if the vehicle was driven by a computer (an AI) in the moment of the accident, without the possibility of human interference, or if the driver would have had the opportunity to take preventive actions. In the latter case, it will have to be examined individually weather the driver interfered with the automaticity, if the self-driving vehicle gave the control back to the driver, or if it provided the option for the driver to take back control of the vehicle, and what was his/her reaction? It is becoming more and more obvious that the responsibility will gradually start gravitating toward the manufacturer. In an increasing number of accidents, the manufacturer will have direct responsibility towards the injured party. However, for declaring the manufacturer’s liability, the simple act of making new laws or amending old ones, will not be enough. Installing a similar recording device (a “black box”), which is already used on airplanes, will have to be a standard requirement on driverless vehicles. These devices will be able to provide all the necessary information, which can assist the process of declaring liability.

-Is it the task of the working group on legislation to provide possible answers to these questions?

-On the one hand, it is our job to examine all questions, similar to those mentioned above, since these questions will affect the laws of robotics, more precisely those laws which will regulate the operation of automated vehicles. On the other hand, we must be aware of all relevant EU directives and regulations regarding autonomous vehicles, since Hungary is required to fulfill its contractual obligations. Furthermore, our experts must be well prepared during their participation in international forums, focusing on the preparation of such basic rules, which you have just previously asked. It is also expected of us to create the most competitive legal environment within which the developers and the authorities could have sound cooperation, hence encouraging research and development activities to rather take place in Hungary than in any other Member State. However, the legislation must also protect the “ordinary road users.” Moreover, we also participate in the preparation of the standardisation process. It means more than just the legal drafting of technical and technological standards. We are literally preparing the drafting of the regulations, and we will have to find the answers to all those legal issues which will arise in all the other working groups.

-Those regulations which try to fulfill everybody’s interests (the developers, the authorities, the regular road users) usually cannot deliver on the promises… 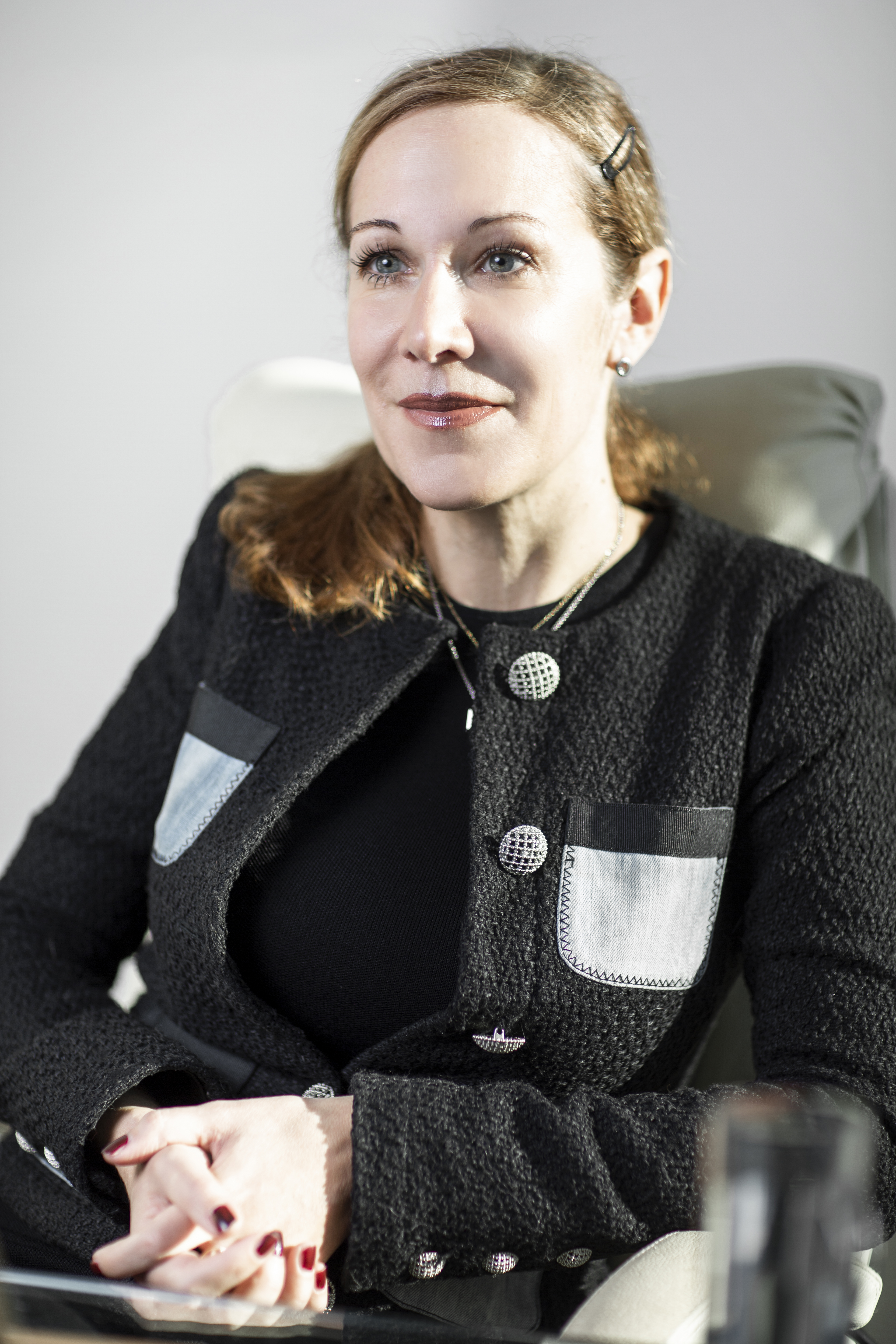 Well, in this case, the exception proves the rule. We believe that the feedbacks of the market players are quite obvious. The Hungarian legal environment helps the planning and the testing process of highly automated vehicles. It is because there is a continuous dialog with the private sector. Our working group must constantly gather information from the developers regarding the obstacles they have to face. Hungary is trying to provide the ideal environment within which they can work. However, we never provide such concession, which could endanger the safety of other road users.

-What concessions have been provided for the sake of keeping development activities in Hungary?

-If we strictly followed the provisions of the regulation, it would be illegal to place a test vehicle into circulation without proper safety features, such as airbags. However, in the highly automated test vehicles, computers must be installed where the airbags supposed to be to help the work of the test driver. The use of these computers is essential for testing purposes, hence this situation had to be accepted, not to mention that if they had to use airbags, in case of an accident, the computer could have blown into the driver’s face.

-Some people believe that within a few years, all transport-related regulations will become obsolete and new ones will have to be written, including the Vienna Convention and the National Transportation Act, together with their implementing regulations. Do you agree with this opinion?

-The fundamental problem of robotization is that the computer uses more and partially different information during the decision making process than a human being. It evaluates on the basis of different, but most importantly, more information. Several studies focus on the relevance of new or different regulations due to robotization. However, it is not necessary to throw away every old regulation, or at least not for quite a while. The majority of the regulations can remain in effect with minor or substantial modifications. It is still rather early to start creating new regulations because of the proliferation of driverless vehicles. At this point, I would like to make it clear that creating the legal environment regarding the procedure for placing in circulation and the operation of the driverless vehicles is far from posing the greatest challenge for a lawyer. However, setting those rules, along which man and machine can co-exist, is much more challenging, let alone the regulation of the transitional period, which can easily mean decades. Let’s not forget that for years the coexistence of conventional vehicles and vehicles already equipped with some sort of driverless technology will be considered normal. As I mentioned earlier, machines and human beings understand different signals; hence they think differently. The new technology will also raise significant legal and moral questions, to which we will have to find answers, and this will not be easy.

-What do you mean by significant legal questions? 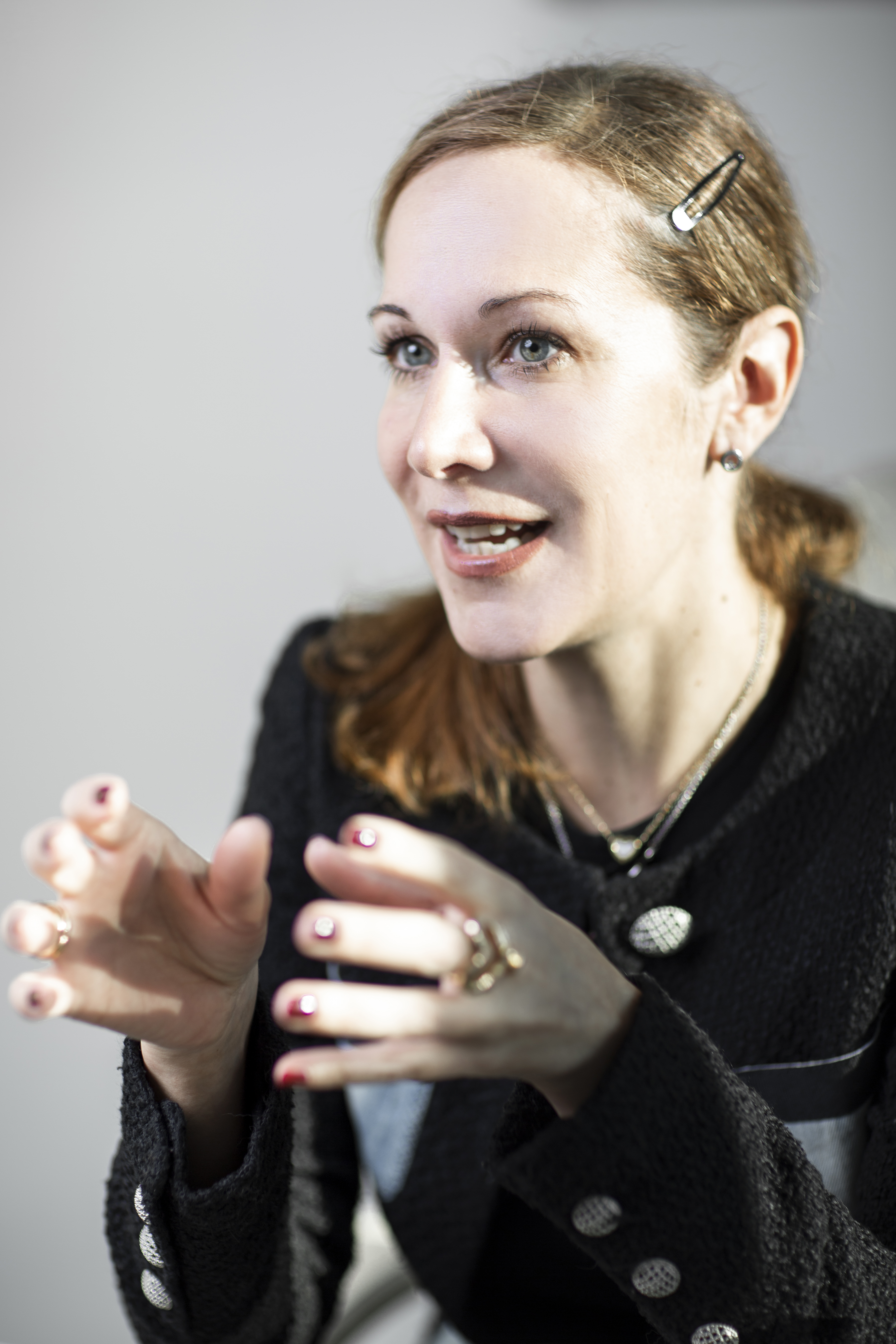 -A regulation can be considered “good” if it complies with our universal moral values and judgment. The proliferation of robotization, vis-á-vis the driverless technology will force us to reconsider certain ethical questions. It is a generally accepted approach that a driverless vehicle must always prioritize the saving of human lives regardless of what the financial consequences this might have. The machine shall not differentiate between humans when it makes a decision. In case of emergency, us humans, in general, try to navigate our vehicles, as long as we are capable of doing so, in a way to harm only a few people, if it is still manageable during the accident. However, driverless vehicles might be “thinking” different. The sensors of these vehicles can detect far more information, and they can analyse this information faster and presumably with more accuracy than us humans. We automatically make decisions with which we try to minimise the number of human casualties. It is probable that the driverless vehicle will make different decisions. The computer will also evaluate since it will be capable of doing so, how damaging the consequences of the different decisions would be. If it navigates the vehicle toward a larger group, more people might get hurt. However, it may only cause minor damages to them (no fatality). If it chooses otherwise, it may take someone’s life. There is no doubt that the computer will make a mathematically logical decision. The only question remains whether or not humans will believe that it was the best decision. Will, the experts, be able to prove, for the court, and for us that this was the case, and would we be able to accept that in certain situations, more was less. Several similar fundamental dilemmas will occur. Hence the implementation and evaluation of the assessment procedures are inevitable.

-Concerning driverless vehicles, many raise significant concerns about data protection anomalies. What these might be?

-Another important issue, which our working group has to deal with, is data protection. The higher level of technology will be installed in a vehicle, the more information it will use. It is an understandable concern of us humans, what information will our vehicles know about us, and whether or not this information could fall into the wrong hands. The driverless vehicles will not only communicate with the surrounding environment, as the smart roads and cities will gradually become a reality, but also with each other. What can another person’s vehicle know about me through my vehicle? What happens if hackers attack and take over the control of a driverless vehicle? What regulations can help the prevention of these actions?